I have been doing family research and came across some newspaper articles from the 1940’s during WW2 that I want to share.. The articles show how deeply the war affected families from The Lake. Many parents had multiple sons in combat zones. The three Antonellis brothers were my uncles, Larry and Henry were at Normandy and Louie in Italy, Lou was in an armored division and was involved in the liberation of Rome. They grew up on Ashmont Ave. and Adams St.and then Lyons Court. While Louie was in Rome he made his way to San Donato to visit and meet his grandparents for the first time. I grew up on Hawthorn St. directly across from Emerald St. where the Gentile family lived and remember them well. The Leone’s in the posted article were not related but two of my Leone uncles from Hawthorn Street Danny and Dominic also served in WW2. That generation is mostly gone now but hopefully will not be forgotten. I was young during the war but have many memories of those days and remember the bells ringing and horns blowing when the Japanese surrendered. 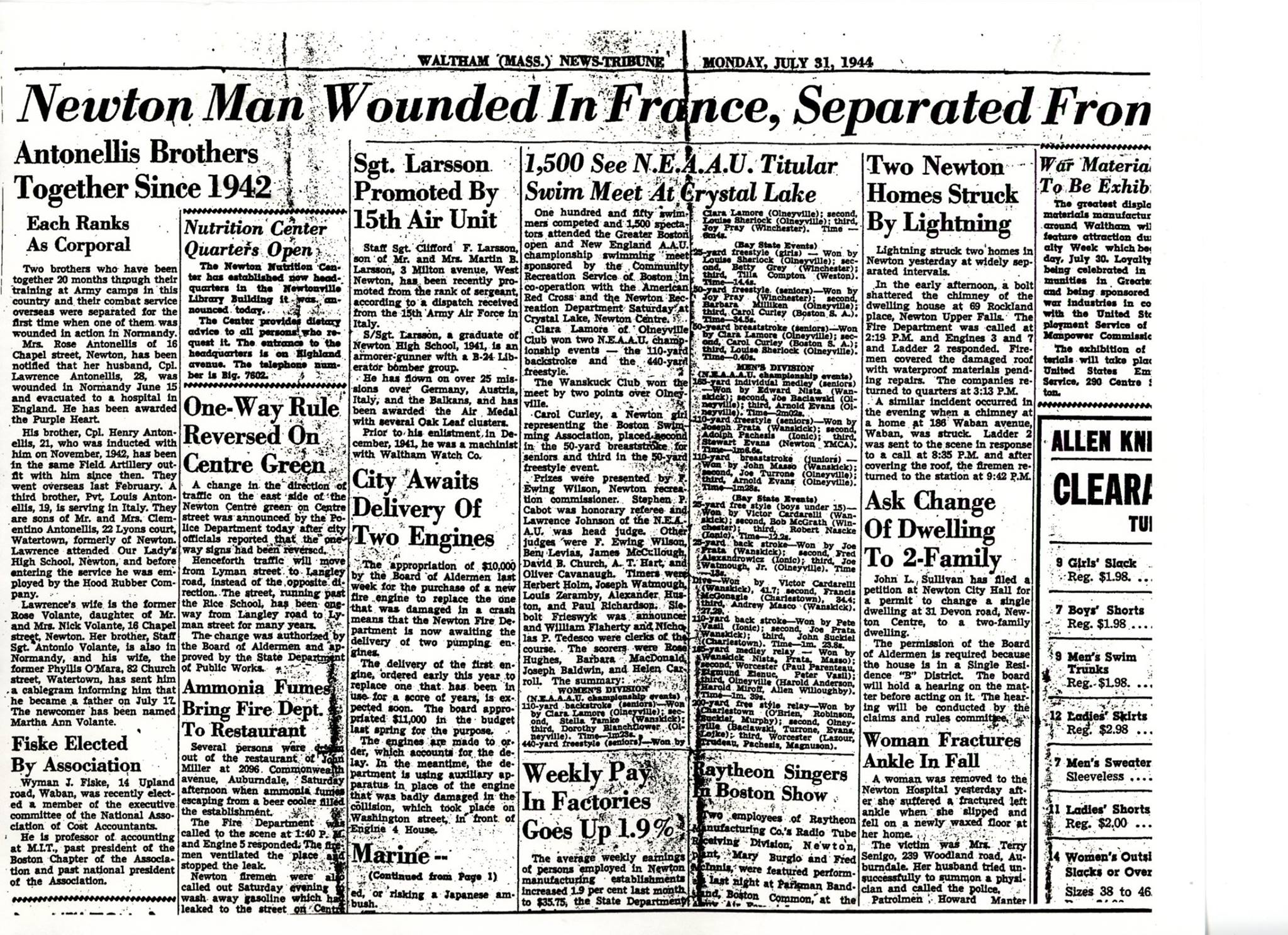 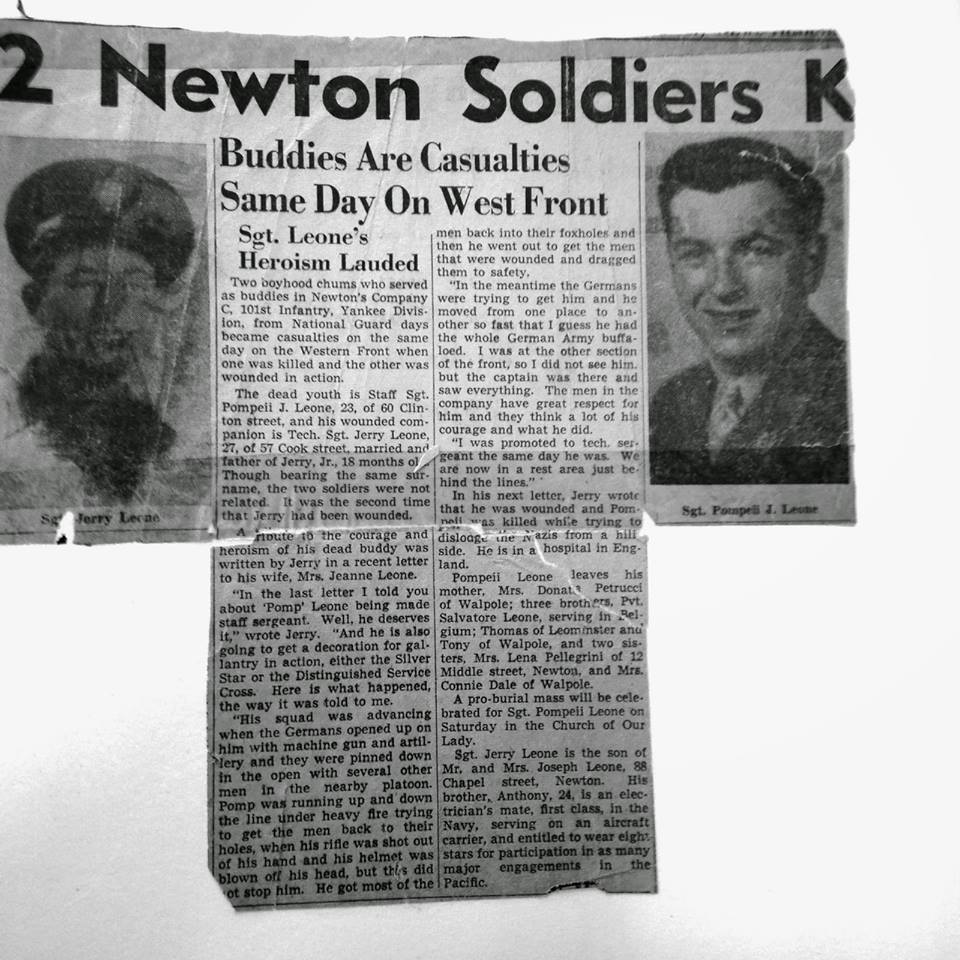 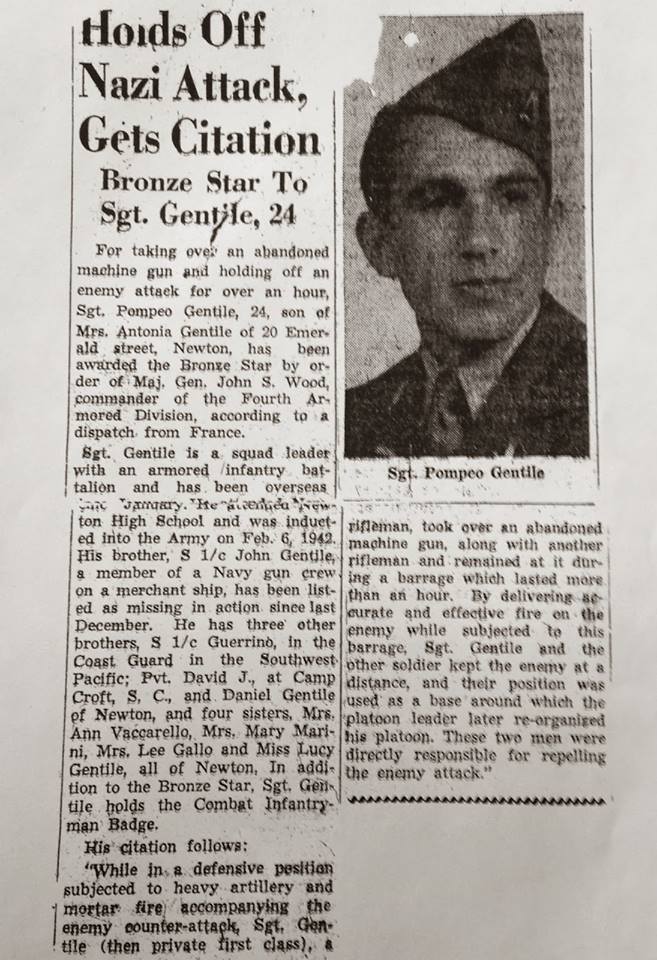